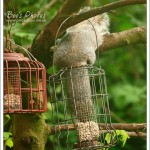 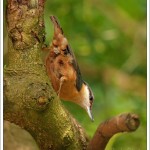 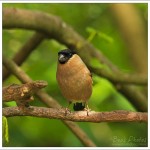 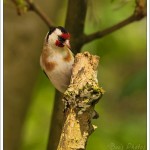 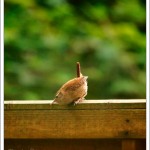 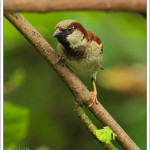 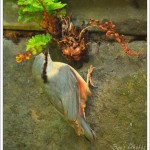 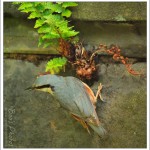 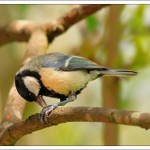 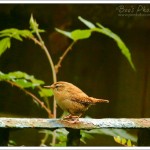 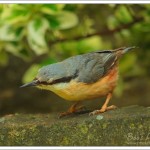 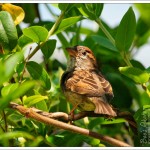 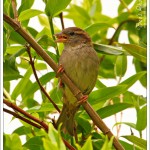 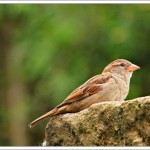 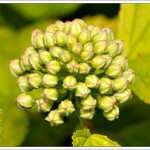 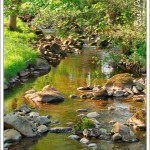 Squirrel with an identity crisis

We were eating a somewhat late and leisurely breakfast yesterday, as is our habit at weekends and I spotted this chap out of the kitchen window.

We have a handful of grey squirrels that visit our bird feeders regularly and we put food for them in their own box too. He must have been having his own breakfast when something caught his eye – I suspect it was a neighbour’s cat, as later he went up a bit higher and was swearing quite profusely at her sitting in the garden beneath him.

Despite seeing squirrels daily, they don’t often stand upright in this manner in the trees. He’s obviously seen meerkats doing this and thought it was a pose with some observational value. I love how his left hand is holding on. I only had my small camera to hand at the time, set ready for some jewellery photos I was working on and the light was much darker under the trees than it looks, so it was zoomed to the max (380mm @ 35mm equivalent) and I could only manage 1/20 second – hand-held, that’s somewhat of a big ask for even my steady hands. I wish I’d manually dropped the exposure a little though and avoided blowing the white fur catching a patch of sunlight on his chest.

By the time I’d upped ISO, the moment had passed and he was back on with his breakfast. My very dirty windows didn’t help either, so the photo has had some work.